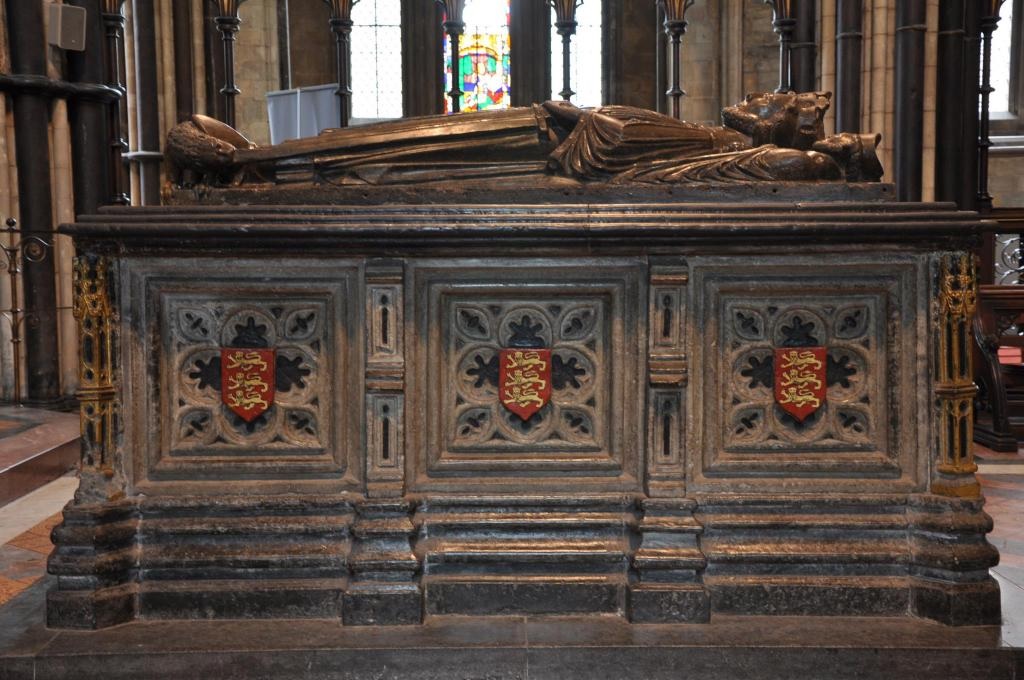 King John is now remembered as one of England’s worst and most unpopular kings. But who was he? Was he really as bad as tradition says? And was his weakness as a King alone to blame for the revolt that led to the Magna Carta?

John was born on 24 December 1166, as the son of King Henry II and his wife, Eleanor of Aquitaine. It was not always apparent that he would live to become King. He had three older brothers—Henry, Geoffrey, and Richard—who survived to adulthood and who were before him in the line of succession. By the time John was born, his father, Henry II, had already divided his Kingdom up between the three older brothers and had little left to give John. This was the origin of his nickname ‘John Lackland’.

Many families quarrel. But in twelfth-century England, when the royal family quarreled, it could have disastrous consequences. In 1173, when John was not yet seven years old, his father tried to provide for him by granting him three castles that belonged to the oldest of the four Princes, Henry “the Young King”. This caused Young Henry, Richard, and Geoffrey to declare war on their father, with the support of the King of France. The result was a devastating civil war that lasted eighteen months, in which many towns were destroyed and many people were killed.

King Henry II eventually defeated his sons and pardoned them. But this was not the end of the quarrels. In 1183, Young Henry declared war on Henry II a second time, although his revolt was put to an end when Young Henry became sick and died. Three days later, Geoffrey died in a tournament, which meant that only two of Henry II’s legitimate sons—Richard and John—were still alive. John was Henry’s favourite, since he was the only one who had stayed loyal to him.

But in 1188, war broke out again when Richard, backed by the King of France, tried to take the throne from his father. During the war, Henry II’s health deteriorated. Although John initially stayed loyal to him, towards the end of the war he turned to Richard’s side. According to some sources, towards the end of the war, Henry II received a list of barons that had turned to the rebel side. John’s name was at the top of the list. Henry died in grief shortly afterwards.

With Henry dead, John’s older brother Richard became King. Richard I—known as ‘the Lionheart’—is one of the most famous monarchs of medieval England, and was often regarded as the ideal crusader king. But he wasn’t all that interested in ruling England. In fact, he spent most of his ten-year reign either on crusade or at war in France, and only visited England twice in that time.

However, his adventures were expensive, and put a big strain on the people of England. Not only did he have to raise funds for his  wars, but on the way back from crusade in 1192 and 1193, he was captured and then held ransom by the Holy Roman Emperor Henry VI, who demanded an enormous ransom of 150,000 marks. The money was raised and the King was freed. Richard died five years later after receiving a crossbow bolt to his shoulder while fighting in France.

As the last of Henry II’s sons, John became King of England soon after Richard’s death—and at a very bad time. Richard had left the treasury drained, and the war was continuing in France. King John was compelled to demand more money from his subjects and fund his wars in France. It would have been difficult for any king to achieve, but his bad personal reputation did not help.

Through his arbitrary confiscations and judgements, John earned a reputation for cruelty. Moreover, he also earned a reputation for being a bad military commander. By 1204—five years after he had become King—he had lost most of his possessions in France. He spent the next decade raising funds for another invasion, but it failed badly in 1214. His cruelty and failures made him unpopular, and set the scene for the Magna Carta.