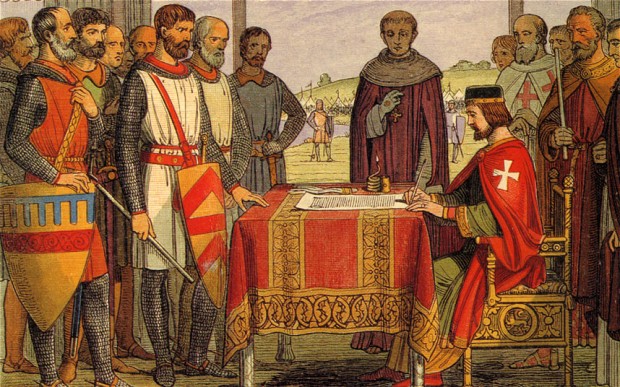 The ‘rule of law’ is the idea that the law is sovereign, and applies to everyone equally. This includes even the most powerful figure in the state—whether that should be the King, Queen, Prime Minister, President, other lawmakers, or the government as a whole. The law gains its legitimacy through the procedure by which it is imposed. Law is not merely a reflection of the ruling government’s arbitrary will at the time. 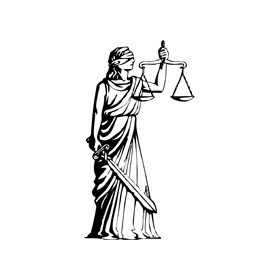 In England, the Magna Carta cemented the idea that the King should not be allowed to do whatever he pleases—that there should be some limits to his powers.

‘Due process’ is the idea that the state should treat everyone fairly and respect their legal rights. This means that everyone has the right to a fair trial and that nobody should be subjected to an arbitrary judgement.

In England, the idea of ‘due process’ developed directly out of the Magna Carta. The relevant section is Chapter 39. Translated into English, it reads:

No freeman shall be taken or [and] imprisoned or disseised or exiled or in any way destroyed, nor will we go upon him nor send upon him, except by the lawful judgment of his peers or [and] by the law of the land.

Whatever it might have meant originally, this chapter inspired the idea of due process in later legislation. In a mid-fourteenth century edict, it was expanded from applying just to any ‘free man’ to any man at all. In the seventeenth century, it also inspired the Petition of Right, the Habeas Corpus Act, and the Bill of Rights, which gave further protections against arbitrary court judgments.

The document’s most enduring legacy is the rule that the King needs to consult his subjects before he can tax them. In Chapter 14 of the Magna Carta, it specified that the King was not to make demands of money from his subjects except with the consent of a council of archbishops, bishops, abbots, earls and barons. 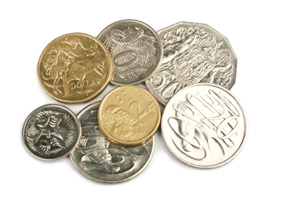 The idea is simple: that a ruler should not demand taxes without the consent of the ruled. From the seventeenth century and onward, the same idea came to be extended to the broader population. It was inspiration behind the motto ‘no taxation without representation’—a slogan which was used both by American revolutionaries in the eighteenth century and by the suffragettes in the early twentieth. This idea was a key factor behind the extension of the vote to the general population and the development of our democracy.