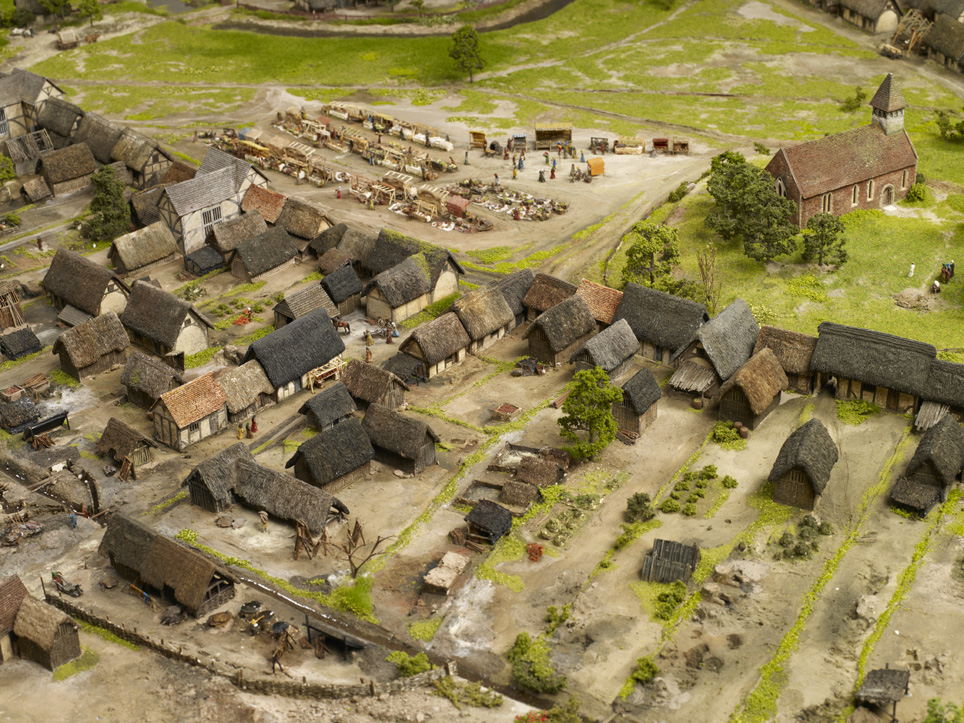 The Magna Carta was originally written in Latin, but even when it is translated into English, it can look as it might as well be written in another language. The document used a number of terms which had special meanings in feudal thirteenth century England but seem alien today. This page provides a glossary of unusual words that you need to know to make sense of the Magna Carta.

A full English translation of the Magna Carta is available on the British Library’s website. For more information regarding feudal English society of the thirteenth century, see this page.

(Ch. 12, 14, 15.) ‘Aid’ was a payment that a feudal vassal was required to make to his overlord. According to custom, a feudal overlord was only allowed to request aid from his vassals upon the knighting of an eldest son, the marriage of an eldest daughter, or if the overlord needed to be ransomed.

(Ch. 25.) Counties (also known as ‘shires’) were the largest administrative divisions in medieval England. By the thirteenth century, the Kingdom was divided into 39 counties, each headed by a sheriff, who was responsible for presiding over the county court and assessing finance.

(Ch. 18.) These were medieval French terms meaning ‘last presentation’, ‘death of ancestor’ and ‘recent possession’. All were legal actions that could be brought to court to dispute the ownership of land.

(Ch. 25.) Pronounced ‘domain’, this referred to the lands that a feudal overlord held directly under his control, and had not been granted to a vassal. These lands were usually tenanted or administered by a representative appointed by the lord, and were an important source of income. The King’s demesne included most large towns, forests, and all Jews, in addition to vast estates throughout his Kingdom.

(Ch. 43.) ‘Escheat’ is a common law doctrine. It maintains that the property of a person who dies without an heir or is convicted of a serious crime is to be transferred to the state, or—in the thirteenth century context—to the demesne of his feudal overlord or the King.

(Ch. 2, 4, 16, 26, 32, 37, 53.) A fee, also known as a fief or fiefdom, was a portion of land, rights, or title granted by a feudal overlord to a vassal. Fees ranged in size from vast earldoms to smaller baronies, to castles, to rights over harbours and town guards. They were usually heritable.

(Ch. 25.) In addition to being divided into counties, medieval England was also divided into smaller administrative divisions. These divisions were known as ‘hundreds’ to the south and west of England, but were known as ‘wapentakes’ in regions—such as Yorkshire, Lincolnshire, and Northamptonshire—that had formerly been part of the Danelaw. There might have been between 600 and 750 wapentakes at the time of the Magna Carta. Each had its own court.

(Ch. 2, 16, 29, 37, 53.) According to feudal custom, every vassal was required to provide his overlord with a certain number of knights for forty days per year. This was known as ‘knight’s service’. A ‘knight’s fee’ was a specific number of knights that vassals were required to provide their overlords. It was assessed according to the value and size of the vassal’s lands.

(Ch. 2, 3, 43.) ‘Relief’ was a special payment that the heir of a vassal was required to pay his overlord in order to inherit his fee.

(Ch. 35.) Russets and halbergets were types of cloth. An ell is a measure of cloth, usually equivalent to just over a meter.

(Ch. 12, 14.) Scutage was a tax that a King could demand from his direct vassals in place of knight’s service. Originally supposed to fund mercenaries, the payment was based on how the size of the vassal’s ‘knight’s fee’.

(Ch. 37.) Socage was a way of possessing land. When a person (for example, a farmer) held land through socage, he would be allowed to work on his overlord’s land in exchange for a fixed, regular payment (for example, rent or produce). Likewise, a burgage was a rental property in a town.

(Ch. 20.) A villein was a term for an unfree peasant or serf. Villeins were legally tied to his feudal overlord, and were not permitted to leave the overlord’s land without their consent.

(Ch. 20.) The exact meaning of the term ‘wainage’ is unclear, but it appears to mean ’tillage’, or the produce of a villein.

(Ch. 3, 4, 5, 37, 46, 53.) Wardship occurred where a vassal died, leaving an underage heir. A male heir under 21 years of age and a female heir under 14 years of age was not legally old enough to manage his or her affairs. Underage heirs would therefore become wards of their feudal overlord, who would hold their lands, profit from them, and maintain the right to arrange their marriages until they came of age.