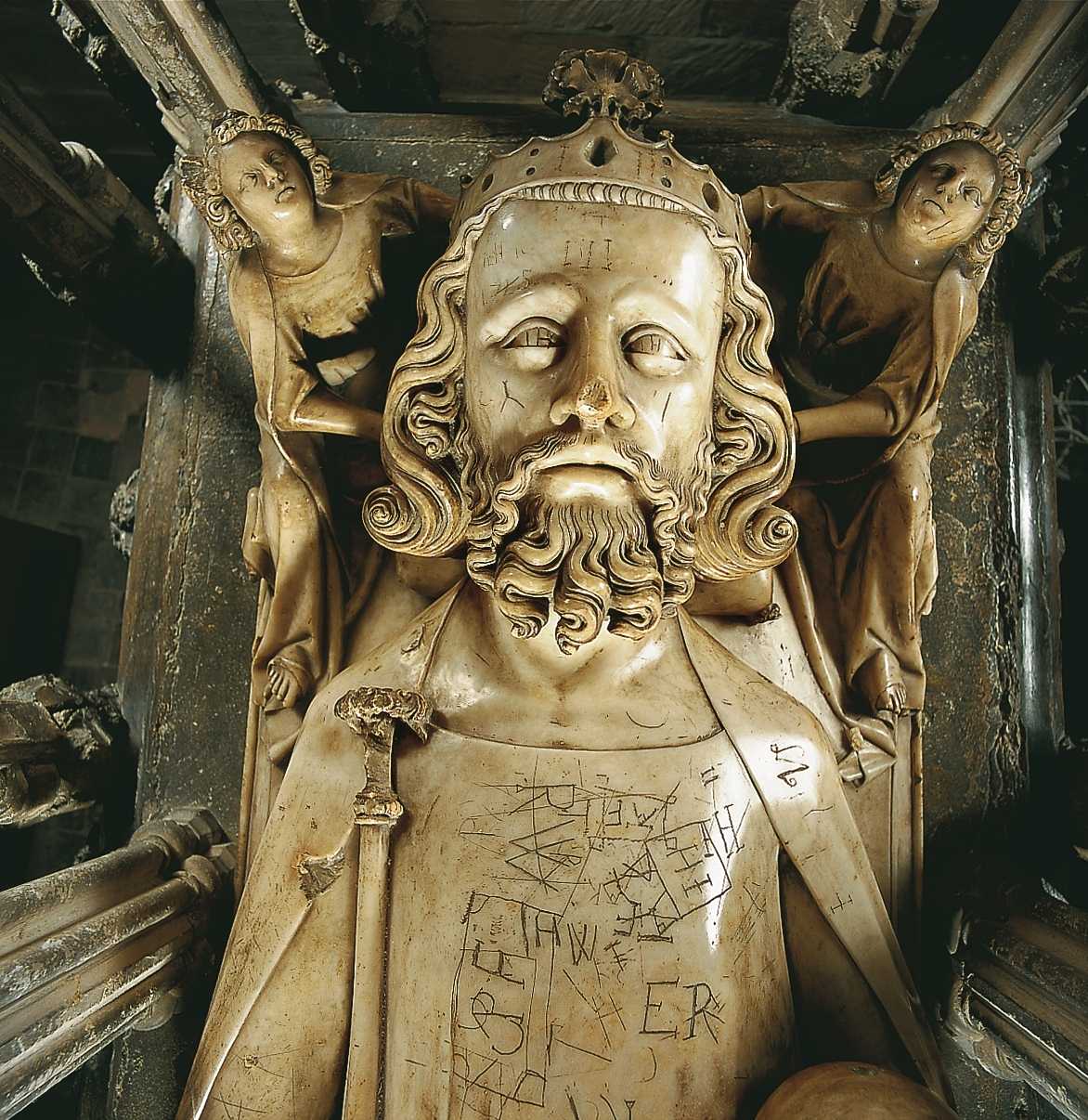 The Magna Carta was a peace treaty between King John and the rebel barons. It failed to secure peace. In August, the Charter was annulled by the Pope, and war broke out again between the King and the barons. The war lasted for two years.

But the Magna Carta’s legacy outlived that civil war. Over the rest of the thirteenth century, it changed the landscape of English politics and became an emblem of the limits of arbitrary power. Here is how.

In October 1216, while the war with the barons was still raging, King John contracted dysentery and died. He left his nine-year-old son, Henry III, to succeed him.

Henry III reigned for a very long time. While he was young, England was managed by his advisers. After he came of age and started to exercise his powers, however, he became unpopular for similar reasons to his father. He was accused of arbitrarily seizing property and planning expensive military expeditions which many people in England did not support. This made him unpopular with many of the barons.

One of them was Simon de Montfort—a French nobleman who became Earl of Leicester. Though he was initially one of Henry’s most trusted supporters, Henry’s mismanagement and a personal quarrel compelled de Montfort to turn against the King.

In 1258, the unrest among the barons was reaching breaking point. At this point, an assembly of barons (‘Parliament’) was held in Oxford. There, the barons met and discussed their demands.

After the parliament, a group of barons—led by de Montfort—forced Henry III to agree to a set of laws known as the Provisions of Oxford. The Provisions set out a plan for a radically new form of government. Amongst other things, it set out that a ‘Privy Council’ was to be made to advise the king and supervise the administration of England. Parliament was to meet three times a year to monitor this.

The following year, the Provisions of Oxford were replaced by the more detailed Provisions of Westminster. The new provisions explicitly reaffirmed the Magna Carta, and extended the promises of ‘due process’ contained in chapter 29/39 to people under the control of lords.

But Henry wouldn’t put up with this for too long. After three years, Henry revoked the Provisions and tried to take back his powers. This caused the barons to revolt against the King, with de Montfort as their leader. The result was the ‘Second Baronial War’.

Soon after his victory, in late 1264, de Montfort summoned another Parliament to consolidate his power. De Montfort gave selective summons to ensure that the bulk of the attendees would support his government. He ordered that each county choose two knights to attend the Parliament as representatives, and that each major town elect two burgesses. It was one of the earliest examples of an English Parliament to include representatives from the counties and boroughs, and is often considered to be the ancestor of all ‘elected’ English Parliaments since.

De Montfort’s rule was not to last, however. Later in 1265, Prince Edward escaped captivity and gathered forces against the rebel barons. The armies clashed at the Battle of Evesham, and Edward was victorious. De Montfort’s body was chopped to pieces.

Nevertheless, de Montfort’s reforms—inspired by the Magna Carta—left a profound mark on English politics. The Second Baronial War not only enhanced the role of Parliament in England, but it helped to open Parliament to the ‘commons’—the knights, small landholders, and burgesses.

Prince Edward went on to become one of medieval England’s most successful Kings—Edward I ‘Longshanks’. Throughout his reign, Edward affirmed the elevated role of Parliament. He also consolidated the tradition of summoning elected representatives from counties and boroughs and gave them authority to assent to decisions. These meetings evolved into the British ‘House of Commons’—which, many centuries later, served as the model for the Australian House of Representatives.

The Magna Carta itself continued to be important. It was reaffirmed several times by Edward I throughout his reign, often in the face of pressure from his subjects, and was used by people as a defense against the King’s arbitrary demands. In 1300, Edward I’s Articles of the Charters even called for public readings of the Magna Carta to be made in the court of every county four times a year.

By the end of the thirteenth century, the Magna Carta had not only changed the way that the English monarchy functioned; it had already become an emblem of the rule of law, due process, and a defense against arbitrary demands—for all ‘free men’.